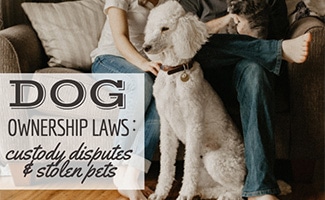 Most dog owners consider pets part of our families. So what happens if a dispute arises over who owns a dog? Who gets to retain custody of your family dog when a couple divorces or if you die? Or how do you prove ownership if someone steals your dog? Understanding dog ownership laws can help you keep your furry best friend for good during a trying time.

A majority of dog ownership disputes involve custody when a couple separates or divorces. Who gets the dog in a divorce?

Of course, the ideal solution is to settle ownership through written dog custody agreement forms that both you and your spouse agree upon. You could even consider a pet prenup.

Most judges will simply honor a written pet custody agreement between divorcing parties because, in the eyes of the law, pets are personal property — unlike with child custody, where the judge doesn’t always solely rely on such an agreement.

How Do Courts Determine Pet Custody?

If you can’t come to a pet custody agreement with your partner, the unfortunate reality is that you’ll have to let a judge decide. Claiming custody of a dog can be different than child custody issues. Why? Because state laws consider dogs and other pets as tangible personal property (like a car, furniture or similar objects), rather than “people.”

On the other hand, a pet is considered community property if both parties acquired the pet during the relationship and can both provide records of proof of ownership. In this case, the judge will then consider many of the same factors as when determining child custody. These can include:

The good news for responsible pet parents is that today’s legal system is making some strides in treating dogs as part of the family. Some recent court decisions have allowed for shared custody, visitation and even pet alimony — most of these involve dog ownership, rather than cats or other pets.

To share this infographic on your site, simply copy and paste the code below:

How Do I Prove Dog Ownership?

There are several ways you can prove ownership of your dog if he gets lost or stolen and someone else is falsely claiming your dog is theirs. In most cases, this involves records that you should already have in place, including: 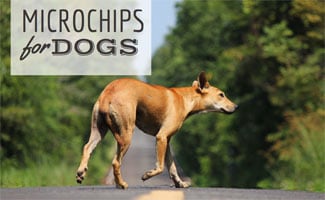 Tip: Always keep your records up to date and keep copies in case you ever need to prove that you own your dog.

Why Microchipping Can Make All The Difference

Microchipping your dog and registering you as the owner is one of the best ways you can prove ownership, especially when other evidence falls short. Just watch this brief video below. In this case of a nasty custody battle over a lost pup, it would be the pivotal deciding factor.

What Happens To Pets When Owners Die?

In addition to considering who will care for your pet after a separation, it is also vital to plan for who will look after them in the case of your untimely departure.

Add A Pet Clause In Your Will

Pet care after death is often overlooked, but you should account for it in your will and estate planning. Ideally, you would designate a caretaker and an amount of money to be left for the care of your pets.

Personal Story: Who Will Look After My Dogs When I Die?

Michelle and Alex S., the founders of Canine Journal, recently reworked their wills and were asked with the question of what would happen to their dogs if they passed unexpectedly.

We do not have human children, but our two dogs (Lily and Barley) are our kids. So, when preparing our wills, our attorney asked if we wanted to make any provisions for them. While we had not considered this before, we definitely want to make sure they are taken care of in the event of our passing.

We talked to some good friends who are also dog lovers and asked if they would be willing to welcome our dogs into their homes, should something happen. They said yes, and then we figured out how much money is needed for them to live for another 8-10 years, given their respective ages. We then worked with our attorney to add these details to our will.

Hopefully, this clause won’t come into play during our current dogs’ lives, but we will update this as we get new pets over the years.

You can even take it further by creating a trust with money allocated specifically for the care of your pets and details instructions on how you wish for the pet to be cared for.

Was Your Dog Lost Or Stolen?

If you suspect your dog was stolen, be sure to read our article about stolen dog laws., which includes tips on what to do if you suspect someone stole your dog. We also have some helpful information on how to find a lost dog and tips to prevent your pet from becoming lost.

What do you think about the concept of a pet prenup? 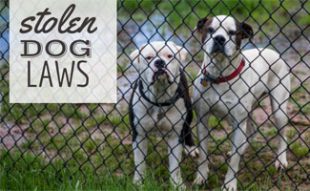 The Alarming State Of Stolen Dog Laws & How To Prevent 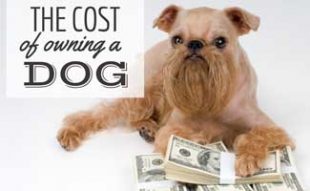 The True Cost Of Owning A Dog: Can You Really Afford That Furry Friend? 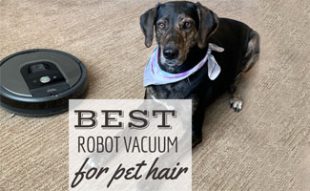 Best Robot Vacuum For Pet Hair: Roomba vs Shark vs Neato vs Eufy 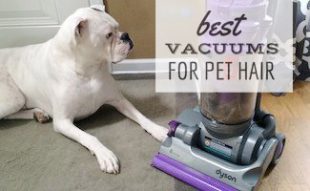 Best Vacuum For Pet Hair: Dyson Vs Shark Vs Eureka Vs Bissell