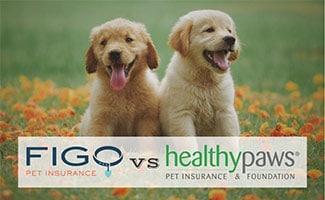 Figo and Healthy Paws are two of the most commonly discussed pet insurance providers, and we put them head to head and choose a clear winner.

While both companies offer thorough coverage, there’s a difference in their reputation and often price. We explain why we rank one better than the other below.

*Healthy Paws only offers hip dysplasia coverage to dogs enrolled before the age of 6. 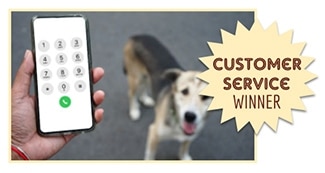 Healthy Paws has one of the best reputations in the pet insurance industry. The majority of Healthy Paws customer complaints are from customers who, unfortunately, didn’t read or understand their policy.

Complaints include the company not paying a claim during a waiting period, not paying as much of a claim due to the deductible and reimbursement level selected, not covering pre-existing conditions, etc. We can’t fault Healthy Paws for these complaints because there are similar complaints about all pet insurance providers.

Instead, we hope to inform pet parents on the terms of pet insurance, so they fully understand what is and is not covered when they purchase. This is something we think all pet insurance providers can help with as well.

Similar to Healthy Paws, Figo has negative reviews regarding not paying claims. However, these are often claims for pre-existing conditions or wellness-related claims that pet insurance companies don’t cover to begin with (e.g., spaying/neutering, vaccines, etc.).

Figo still has great customer service and is responsive to its customers’ questions and needs. However, Healthy Paws has a better, longer-standing reputation.

Another reason we think Healthy Paws is the winner of this category because Healthy Paws leads pet insurance providers with positive changes. It’s continually leading the pack with exceptional customer service, coverage and claim coverage. 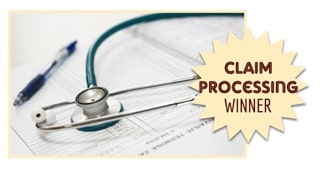 Figo typically pays claims within 5 to 7 business days, while Healthy Paws pays 99% of its claims within 2 days — both of which are shorter than other competitors.

Both companies have a history of repaying claims in a timely fashion, with Healthy Paws having a slightly better reputation. So we declare Healthy Paws the winner of this category.

Below are some quotes from June 10, 2020. All information is for pets without a microchip, no multi-pet discount and no pre-existing conditions.

When we ran additional price quotes, Healthy Paws was consistently among the 4 least expensive, while Figo’s pricing was more sporadic. Depending on your pet, the quotes can be very similar or very different between these two companies.

Overall, Healthy Paws was most often among the lowest priced options, and it doesn’t require a monthly transaction fee, which can add up quickly in savings. We encourage you to run your own quotes to understand how the pricing stacks up for you and your pet.

Our readers have access to an exclusive 5% off a new Figo pet insurance policy - just use this link to get started.

Use this link to receive the best price we can offer you and get a quote for your pet from Healthy Paws. You can also visit our dedicated Healthy Paws promotions page to discuss current discounts.

We think Figo and Healthy Paws are both excellent pet insurance providers. Ultimately, it comes down to Healthy Paws’ more established and consistent reputation as well as lower prices.

However, Figo is a company we recommend getting a quote from because it has comprehensive coverage and sometimes comes out with a lower price than other top pet insurance companies. You can learn more about Figo and Healthy Paws by reading our company reviews.