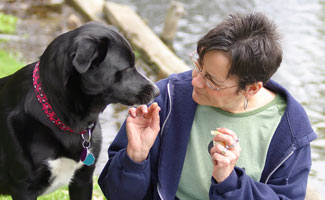 If you have ever had a dog, then surely you know what it is to come home and find your best pair of sneakers, your carpet, or in my case your small animal internal medicine book chewed to pieces. Looking back on these things it often makes for a good story and a laugh, but we also need to understand that there are some household items that can be harmful and even fatal to your pet if chewed on, eaten, or drank. Inanimate objects, improper food, chemicals and poisons, and plants are the most common things I see causing problems on a daily basis. For that reason we’ve put together this list of  some things not to feed dogs or cats.

Dogs or Cats Will Eat Just About Anything

Dogs and cats both have an uncanny ability to swallow things that shouldn’t be either able to fit in their mouths or feel comfortable in their mouths while being chewed or swallowed. Not all objects are created equal in terms of their potential hazard when swallowed. Some objects are sharp and can lacerate the digestive tract anywhere from the mouth to the colon, and some objects can become dense and hard within the intestine rendering it impossible to pass comfortably or safely.

Problems Harmful Objects Can Cause

Abrasions and lacerations to the digestive tract can potentially create small bleeds that left uncorrected can be very serious or even life-threatening. Bowel obstruction is also a real problem and in my experience even more common as a problem. As the gut attempts to push against an immovable object it becomes inflamed and causes pain and discomfort for the animal. If left unattended the bowel could become ischemic and begin to necrose or die.

Things Not to Feed Dogs or Cats

If you see a piece of string hanging from your pet’s mouth or it’s anus, then DO NOT attempt to pull it out yourself unless it EASILY falls out with gentle manipulation. Pulling on a string that you are uncertain where the other end is attached could result in lacerations to the digestive tract including the tongue, esophagus, and intestines.

Let Your Dog or Cat Eat Their Own Food

Dogs should eat dog food and cats should eat cat food. Table food or food intended for human consumption can result in a multitude of problems for your animal’s health if eaten or drank.

It would take much more chocolate to make a Labrador sick than it would a Chihuahua. Raisins and grapes are both toxic to dogs and cats as they can cause damage to their kidneys. Other commonly encountered foods that are toxic to pets include coffee, onions, macadamia nuts, and avocados.

Fatty foods or simply foods that your pet is not accustomed to consuming can also cause problems such as vomiting, diarrhea, and even full blown pancreatitis. It is my opinion that no animal bones (rib, chicken, etc.) should ever be given to pets. I have seen too many animals become ill, need surgery to correct an obstruction, and even die from being fed animal bones. Bones can cause intestinal obstruction and/or splinter resulting in a lacerated gastrointestinal tract.

Keep Your Pet Away From The Car Shop and Medicine Cabinet!

Chemicals, medications, and other toxic substances that are common problems include antifreeze/coolant, gasoline, oil, pesticides, non-steroidal anti-inflammatory drugs (ibuprofen, aspirin, etc.), acetaminophen, and rodent bait. Antifreeze is extremely dangerous if ingested. Dogs and cats are attracted to antifreeze due to its sweet smell and taste. Antifreeze can quickly destroy your pet’s kidneys leading to critical illness and commonly death. Non-steroidal anti-inflammatory drugs are often helpful for many pets just like the are for many humans, but can be harmful or fatal if used without the guidance of a veterinarian. This is especially true for cats and NSAIDs. Rat and mouse bait can inhibit an animal’s clotting ability leading to bleeds, organ failure, and death.

Even Plants Can Be Dangerous to Your Pet

Lastly, I wanted to mention some common plants found in homes and yards that can be hazardous to your pet.  Lantana, oleander, elephant ear, belladonna, lilies, and even aloe can all be toxic and harmful if ingested. This is a very abbreviated list and it is always best to educate yourself more thoroughly about the plants around your home and their potential as being toxic.

Consult With Your Local Veterinarian

This is only a short list of potentially harmful things that are commonly eaten, chewed, or drank by dogs and cats. It is always best to consult with your veterinarian or poison control authority if you have a question or emergency.

About The Author: Alex Schenker

Alex holds BS degrees in Management Science from the University of California at San Diego, and Computer Science from the New Jersey Institute of Technology. He is the co-founder of Canine Journal and his first dog was a Dalmatian named Domino. Alex and Domino quickly became best pals as dog walks, hikes, an uncanny sense of what Alex was going through at any particular time, and other canine adventures enhanced Alex's life and well-being.

Alex's experience as a parent to several dogs since then have given him over 15 years of canine insight and perspective that he brings to Canine Journal. While he's been versed in everything from basic dog training techniques, canine diet and health, to pet insurance, the takeaways he holds most dear are the inspiration to live every moment to the fullest, and start each day with gusto and a tail wag.