Michelle is the proud co-founder of Canine Journal and a dog lover through and through. She oversees the business's day-to-day operations and marketing and brings over two decades of corporate business experience. Michelle led strategic planning, marketing, and growth efforts for national brands including Bank of America, Mattel, Hanes, and licensed products including Harry Potter and Batman. However, her first job in the canine field started in 1999 at a dog bakery!

Michelle is a licensed insurance professional and holds an MBA from Vanderbilt University. Her expert advice and opinions have appeared in outstanding media outlets, including Newsweek, The New York Times' Wirecutter, Forbes, People, Reader's Digest, and more.

Since the day she was born, Michelle has lived in a home full of dogs. Her adult home in North Carolina is no exception, where she and her husband (Alex) live with Lily and Barley, their two adorable rescue pups. Her favorite moments include walks in nature with the dogs, practicing yoga, traveling the globe, painting, and dancing her butt off at Jazzercise. 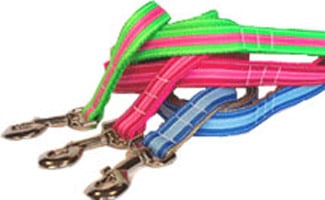 Personalized dog collars helps your dogs stand out from the crowd. Another way to customize dog collars is to pick custom patterns, ribbons, colors, etc.

END_OF_DOCUMENT_TOKEN_TO_BE_REPLACED 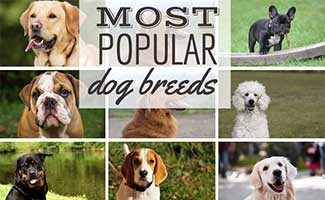 According to the American Kennel Club (AKC), the top 10 AKC most popular dog breeds have varied a good amount during this century so far. However, the Labrador Retriever always comes out on top. The French Bulldog is quickly rising to the top of the list coming in at number two in 2020. The German Shepherd has a steady hold in the top three. And watch out, Golden Retriever, the Bulldog and the Poodle are right behind you. There are also some newcomers to the list, including smaller toy breeds like Dachshunds and Corgis. The Beagles are losing popularity over the years too. See the trends over the years, including 2002, 2007, 2011, 2014, 2018, 2019, and 2020 in the United States.

END_OF_DOCUMENT_TOKEN_TO_BE_REPLACED 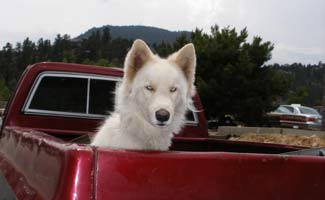 Every vacation season brings its own share of activities but there are some things that always get our pets pretty excited. Here are some tips to reduce travel anxiety…

END_OF_DOCUMENT_TOKEN_TO_BE_REPLACED 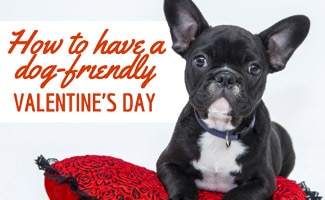 As Valentine’s Day approaches, you are probably trying to decide on the perfect gift for your dog. But did you know that the traditional tokens of affection — roses, chocolates, and other candies — can be harmful for the four-legged loves of your life? Here’s some tips to ensure a loving and safe Valentine’s Day this year…

END_OF_DOCUMENT_TOKEN_TO_BE_REPLACED 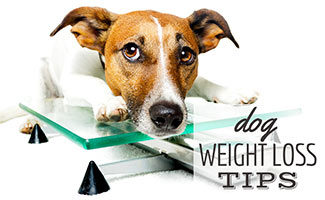 The holidays are prime time for parties, elaborate meals, and holiday treats for humans. And your dog is getting more leftovers than they ever could have dreamed! But all of these extra calories are making a straight line for your hips. Here are some tips to shed those extra pounds and get you and your pup back in shape…

END_OF_DOCUMENT_TOKEN_TO_BE_REPLACED 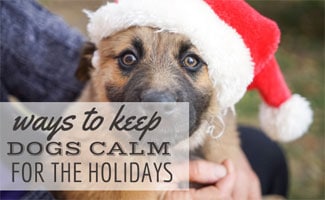 Every holiday season (including those throughout the year) brings comfort and joy. However, it can also cause stress. Not only for humans but also pets. Visitors and extra food droppings from cooking can excite pets while other activities including decorating, changes in feeding schedules and less outdoor activities due to weather can also cause anxiety.

END_OF_DOCUMENT_TOKEN_TO_BE_REPLACED 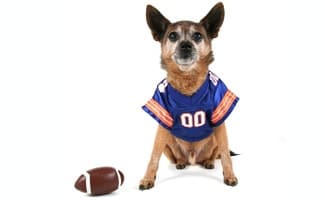 Yes, your pup will look super cool during dog day at the ballgame or on your couch sporting your NFL colors from your favorite team…

END_OF_DOCUMENT_TOKEN_TO_BE_REPLACED 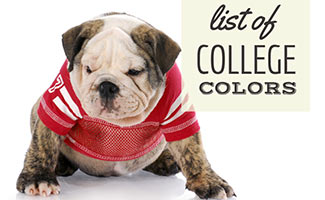 In response to popular demand, we list college and university team colors submitted by users listed by state. This list is for informative purposes only.

END_OF_DOCUMENT_TOKEN_TO_BE_REPLACED 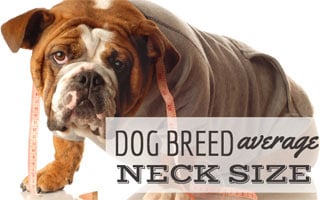 Ever wonder what the neck-size of your pup was and how it compares to other dogs? Search for your dog breed to find the right size collar to get for your pup.