We love our dogs regardless of the breed, but that doesn’t mean we don’t want to know who Fido’s mom and dad were (and what breed your pup is). With the advent of DNA testing for dogs, finding out your pup’s lineage and breed(s) is now a reality. World DNA Day takes place on April 25 and National DNA Day is an official proclamation in the United States since 2003. A dog DNA test is a fun way to celebrate the holiday while helping to understand your pet better.

What Is DNA Testing For Dogs?

The concept of DNA testing for dogs might seem foreign, but it’s actually pretty simple and very much like human DNA testing. Just as humans have DNA, so do dogs, and each breed has a distinctive set of markers.

The companies that sell and perform dog genetic testing maintain a database of breed-related genetic markers. After receiving your dog’s DNA sample, they run it against these profiles. By observing which breed-specific markers are present in your dog’s DNA profile, these companies can give you an idea of the different breeds that make up your dog’s ancestry.

What Can I Learn From A Dog DNA Test?

Some dog DNA tests can tell you more than ever before, thanks to recent scientific advances. Here are some of the things you can learn from an at-home test and why you should consider getting one for your pup.

How Does Dog DNA Testing Work?

Not all DNA tests for dogs work the same way, which gives a lot of wiggle room for dog DNA test accuracy. As with most products, some at-home dog DNA kits are much better than others. Read our dog DNA testing reviews to learn more about specific tests we recommend.

Despite the discrepancies, most kits follow the same process that includes a cheek swab (not a dog DNA blood test). Here are the typical steps you take for an at-home DNA test for dogs:

How Much Does A Dog DNA Test Cost?

The best dog DNA tests for home use will run you anywhere from $79 to $199. There are a few slightly cheaper varieties of dog DNA tests on the market, but most have poor customer feedback and poor reliability. When it comes to dog DNA tests, you pretty much pay for what you get (the higher the price, the more accurate and detailed the results will be).

How Accurate Are DNA Dog Tests?

For example, a testing center that has a Jack Russell Terrier breed profile but does not have a Parson Russell Terrier on file may classify your dog as being of Jack Russell ancestry. While this information is not entirely correct, it still indicates a specific group of traits that are common to this class of terrier. While this test result may not be 100% accurate, the results still give you more information about your dog’s genetic makeup.

The majority of mixed-breed dogs in developed countries are of well-known breed ancestry. So it’s unlikely that a mixed-breed dog from the United States is going to have the DNA profile of rare breeds like a Tibetan Mastiff or a Lagotto Romagnolo (an Italian retriever). The best DNA dog testing companies include a majority of the 180 American Kennel Club-recognized breeds.

Learn more about how dog DNA tests work in this infographic:

Pups Separated At Birth Reunited Thanks To Dog DNA Test

In the hit documentary and critically acclaimed film Three Identical Strangers, three brothers are adopted by different families from the same agency in New York. As teenagers they randomly find out (and prove) they’re triplets, unknowingly separated at birth, and then go on a quest to uncover what happened. A rare circumstance for children to be split; however, litters of puppies are rarely kept together as a family, begging pet parents to wonder: what is their dog’s history and who is their kin?

In Spring 2019, Mimi Concannon made such a discovery with her dog. Two years prior, she fostered a puppy named Hadley (who she later adopted) from Last Chance Animal Rescue in Waldorf, MD. At the time, Concannon wasn’t aware that Hadley had any siblings. It wasn’t until she did an Embark Dog DNA test on Hadley in early 2019 that she discovered a close genetic match through Embark’s DNA family tree (note: Embark is the only pet DNA company that offers family tree matching currently).

With the help of Embark’s user community platform, Conconnan was able to connect with the pet parents of Hadley’s match — she had a sister, Ingrid, who also lived in the Metro DC area! Ingrid’s pet parents had previously done an Embark DNA test, so they were able to make the connection.

They arranged for the siblings (pictured) to reunite at a park in Maryland City, MD, and Hadley’s mom describes their emotional meeting. “It was amazing to see Hadley and Ingrid together — they got along so well and look so alike, which is crazy to see because Hadley has such a unique look.”

As it turns out, Ingrid’s parents also fostered another pup, Iris, who came from the same litter transported from a kill shelter in Mississippi. Concannon is hoping Iris’ forever home comes across this story so the three Foxhound American Bulldog mixes can all be together again one day.

If you’re inspired by Hadley’s story (also featured on WJLA’s Let’s Talk Live) and interested in the possibility of finding your dog’s DNA match, keep reading to learn how it works and see the various at-home kit options. Or if you are ready to order a kit that includes family tree matching for your dog, place your order for Embark today.

Is DNA Testing For Dogs Right For Me?

If you’re looking for some basic information about your dog, like where he could have gotten that up-curved bushy tail, then dog DNA testing may be just the ticket. Also, if you want to know if your dog is more prone to developing certain hereditary health conditions, you have a few options now. Check out our best dog DNA test article for some specific at-home testing recommendations. 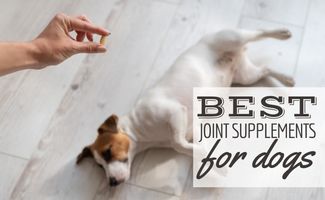 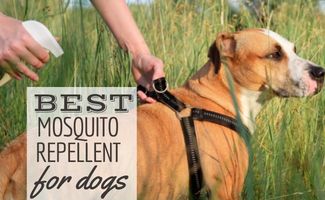