Although they are caused by two entirely different viruses, canine and feline distemper are highly contagious and potentially fatal diseases that are 100% preventable. That’s why it’s so important to get your pets vaccinated as young as possible. Find out how you can prevent your furry friends from contracting these terrible diseases.

What Is Distemper In Dogs?

Canine distemper is a serious contagious illness caused by the canine distemper virus (CDV). It’s a potentially fatal disease that often affects multiple organs at once and most commonly the respiratory, gastrointestinal,  and central nervous systems.

Unfortunately, there’s no known cure. To put it into comparison, CDV is related to the human measles virus. Young puppies who haven’t been vaccinated are highly susceptible to canine distemper. Non-immunized older dogs can also catch the disease but are more likely to be able to fight it off than a young puppy.

How Do Dogs Get Distemper?

Canine distemper most commonly spreads by direct contact between an unvaccinated dog and an infected dog or a contaminated object. Infected dogs can shed the virus in nearly all bodily fluids, but the most common is through coughing and sneezing. Dogs can also contract distemper from the coughing and sneezing of infected animals, either by inhaling the airborne viral droplets or through contact with infectious droplets on surfaces like food and water bowls. Disinfectants can destroy the virus on surfaces.

Wild animals like raccoons, skunks, foxes, coyotes, wolves, and ferrets can also contract the same distemper virus and spread it to your dog. Infected dogs and other animals can spread the virus for up to four months. And unfortunately, a mother dog can pass the virus to her puppies through the placenta.

Signs Of Distemper In Dogs

Distemper in puppies and dogs typically attacks the body’s lymphatic tissue first (such as lymph nodes and the spleen) where the virus multiplies. It then spreads through the bloodstream and, depending on the strength of the dog’s immune’s system, can then progress to the respiratory, gastrointestinal (GI), urogenital, and central nervous systems, as well as the ocular tissues and the skin. It can also cause significant suppression of the immune system as it infects white blood cells.

The following symptoms can occur during the later stage if the virus isn’t neutralized by the immune system and can attack the nervous system or settles into the skin and eyes. This later stage usually occurs within one to three weeks after the systemic signs above, but in some cases, it can occur at the same time or weeks to months later.

Canine distemper is also known as “hard pad disease” because it can cause the pads of an animal’s feet to thicken or enlarge when they’re chronically infected. For dogs with weaker immune systems, death may occur two to five weeks after infection.

Unfortunately, there’s no “distemper shot” for dogs once they’re ill or a quick and easy treatment to cure your dog if he becomes ill. If a dog develops neurological signs, the chances of recovery are very poor and many of these puppies do not pull through. If your dog does become infected with distemper, your vet can try to alleviate some of the symptoms with the following supportive care:

As we said above, distemper is a devastating disease for dogs. Your best line of defense and prevention is easy — have your vet give your pup a regular DHPP vaccination. This vaccination is for distemper, hepatitis, parvovirus, and parainfluenza. It’s extremely effective at preventing canine distemper and usually should be administered every three years. This vaccine can drastically reduce the likelihood of your dog contracting these illnesses.

Canine distemper is truly a sad illness. Below is a video of a puppy suffering from this disease.

What Is Feline Distemper?

The panleukopenia virus infects and kills the rapidly growing and dividing cells in the body, for instance those in the bone marrow, intestinal tract, skin, and developing fetuses. Infected cats suffer from anemia and a severely weakened immune system, leaving them highly susceptible to other infections.

Vaccination is the best way to prevent the illness. Kittens two to six months old are at the highest risk, as well as pregnant cats and cats with weak immune systems. Cats that survive are immune to a second infection from feline distemper (similar to humans with chickenpox).

How Do Cats Get Distemper?

Infected cats shed the virus primarily in their stool but also in their urine and nasal secretions. Unvaccinated cats can become infected by direct contact with an infected cat or through contaminated surfaces, like a litter box, an owner’s hands, food and water bowls, bedding, clothing, shoes, etc.

An infected cat typically only sheds the virus for a couple of days, although it can continue for up to six weeks after recovery. The virus can survive for over a year in the environment — it’s also challenging to kill and is resistant to many disinfectants.

Below is a list of symptoms of distemper in cats.

Intensive care as early as possible is critical to an infected cat’s survival. This may involve a hospital stay. Treatment usually involves IV fluids to combat dehydration, nutritional support, and any necessary antibiotics or other medications to treat secondary infections. Without this intensive care, the mortality rate from feline distemper can be up to 90% in sick kittens.

Fortunately, the FVRCP feline distemper vaccine helps prevent the disease as well as protect against feline viral rhinotracheitis (herpesvirus 1) and calicivirus. This vaccine is considered a core vaccine for cats. The distemper shot for cats can be administered as early as six weeks old. It’s then usually administered every three to four weeks until your cat is 16 weeks old.

If the vaccine is given to adult cats or kittens older than 16 weeks, they should receive two doses, three to four weeks apart. One single dose is given one year after the last dose and then again every one to three years.

Vaccinations Can Save Your Pet’s Life 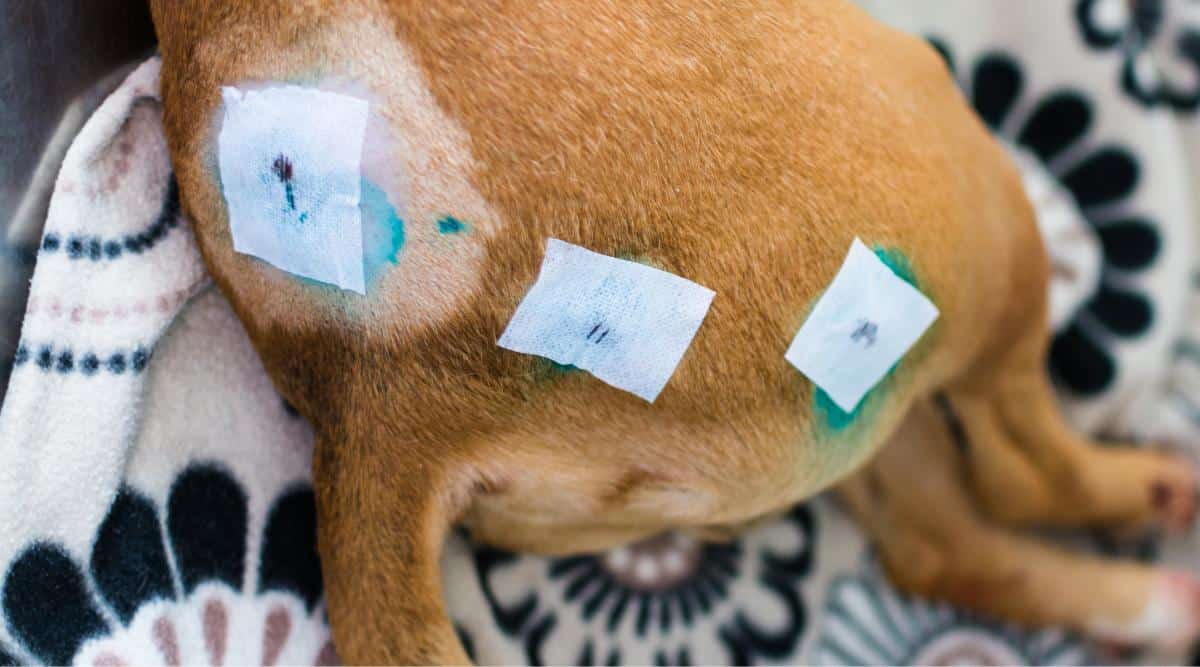 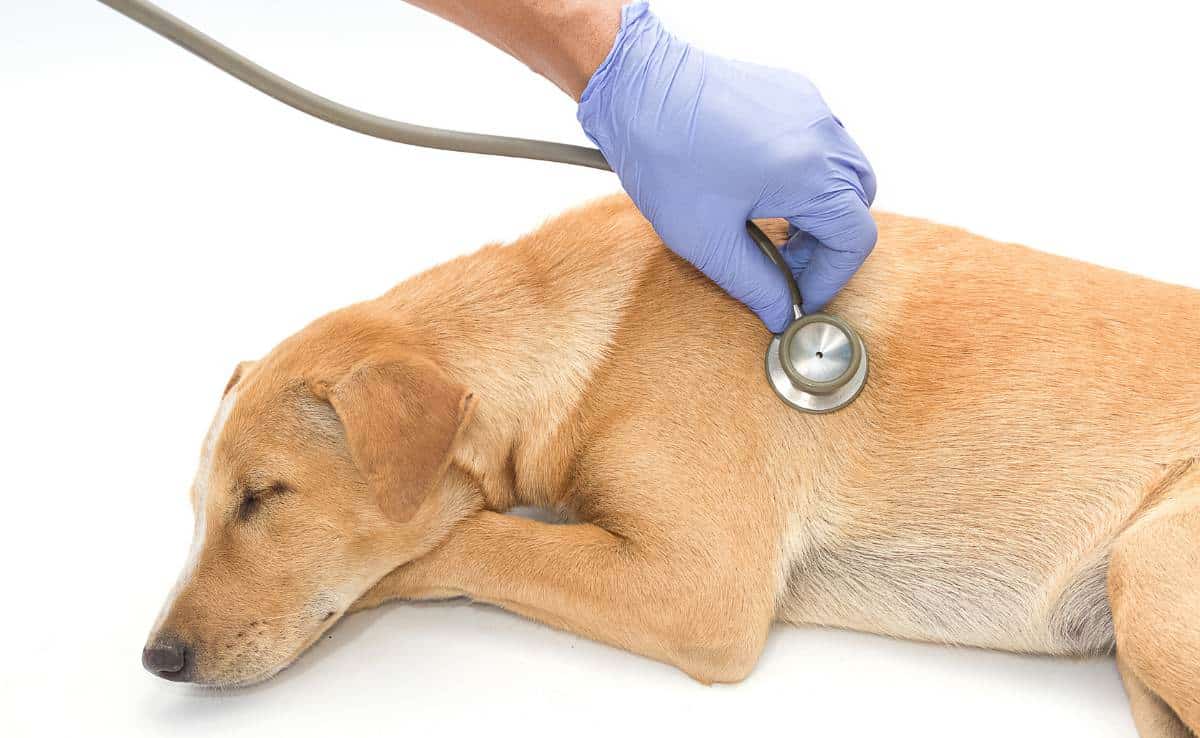