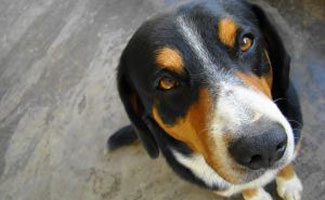 The first few weeks of owning a puppy can be tiring and frustrating. It is common during this time, even for those who have had puppies before, to make some common mistakes. While all new parents make mistakes, it is important to be able to recognize them and avoid repeating them in order to raise a healthy well balanced dog. Here are a a few of the most common puppy mistakes that owners often make when not armed with the right first time puppy owners tips.

Taking Him Out of the Crate

Many puppy owners choose to crate train their dogs. Crate training is a great idea for many reasons but primarily because it provides a dog with a safe personal space where they are unable to harm themselves when not being watched. Unfortunately, many dog owners who claim allegiance to crate training give up after their first sleepless night. It is not uncommon for puppies to cry through the night when they are first placed in their crate. Many new dog parents especially, find this crying heartbreaking and decide to take their puppy out and let it sleep on their bed instead. While allowing your dog to sleep on your bed is not necessarily a bad idea, allowing a puppy to sleep on your bed may be. Puppies do not have the bladder control that older dogs have and allowing a puppy to sleep on your bed may soon result in accidents. Accidents are not the biggest concern with taking a puppy out of his crate at night time however. Responding to a puppy’s cries when they are unhappy in their crate lets your dog know that they can cry for you and get what they want. This behavior may make you feel needed but when your dog continues it in their adult years it can become annoying and problematic particularly if you live in an apartment or a townhouse.

If your puppy cries when placed in their crate at night try to help them to fall asleep by covering their cage to leave them in darkness. If you feel that your puppy may be “missing home” you can try placing a ticking clock outside their crate or playing a heartbeat sound effect to try to soothe them. In the long run however, the best thing you can do for your puppy is to let them fall to sleep by themselves. Do not allow your dog to “rule the roost” even at 8 weeks old.

There are two reasons that we pick our puppies up, one is that we want to cuddle with them; the other is that we are afraid for them. Both of these reasons are poor reasons and can result in severe maladjustment for an adult dog.

Turning Your Dog in to a Person

There is nothing wrong with cuddling and playing with your new puppy, but try to limit picking them up to do so. Constantly holding your dog can make them begin to feel as though they are human and can encourage behavior that causes dominance struggles within your home. Your dog should understand that their place is on the floor where they are not equal to you. For the same reason that you are discouraged from getting on the floor with your dog to play in “their territory,” you should not bring your dog in to your territory. It is difficult not to want to cuddle your new puppy every minute of the day but try to limit affection to petting and playing behaviors rather than constantly lifting your dog up and holding them.

Turning Your Dog in to a Nervous Wreck

Just as we do with human children, most of us have the instinct to protect our dogs. This instinct is particularly strong when we have new puppies that are so small and appear so defenseless. As dog owners we become nervous when an 80 pound dog comes lumbering towards our 12 pound puppy and our first instinct is usually to pick them up. It is important not to give in to this instinct however, because it encourages fear rather than curiosity in a puppy. Puppies are naturally curious and the only way they can learn to socialize with and understand other dogs is through interaction with them. If you have concerns as to whether an approaching dog is friendly, simply ask their owner if their dog is friendly and if you can allow your puppy to greet them. Picking up a dog because we are afraid for them instills that same fear in the dog and leads to a terrified and mentally unstable grown dog.

Hiding behavior is another behavior that should be discouraged. Just as some of us are driven to pick up our puppy when we feel afraid for them, many of us allow our dogs to hide behind us as well. This type of behavior should not be cooed at or encouraged in any way because it also encourages fear that can lead to a fearful adult dog. If your puppy tries to hide behind you simply push them forward and encourage them to face what they are hiding from.

Feeding table scraps is one of the hardest habits to break which is why it should never be started. Eating at a family dinner can make you feel guilty, particularly if your 9 week old puppy is watching and drooling over your pot roast. It is important not to give in to feeding table scraps however, because once you feed your puppy one scrap of food they will come to expect food every time you eat at the table. Not only is human food unhealthy and the cause of a number of common dog ailments such as pancreatitis, but it is also extremely bothersome once the dog is older and takes to drooling on dinner guests. Avoid this situation all together by teaching your puppy to go to their crate during your mealtimes.

What Common Puppy Mistakes Have You Made?

Have you made any of these or other common puppy mistakes? Let other readers know by sharing your stories and experience so we can all learn together. 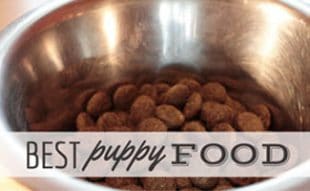 Canned vs Dry vs Grain Free: What Is The Best Puppy Food? 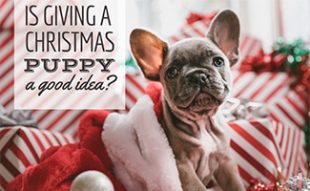 Is Giving A Christmas Puppy A Good Idea? 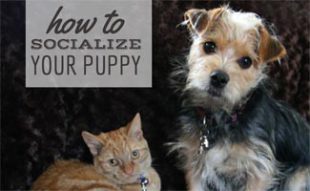 How To Socialize Your Puppy 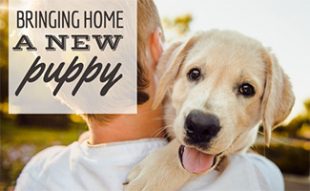 newest oldest most voted
Cathleen
I just got a 4 month old chiweenie – upon getting him, he came right to me, rode for 2 hours in the car which he allowed me to pet him the whole time. After getting him home, I took him out to potty – he ran to the corner of the patio, hid behind a plant and when I tried to get him he grawled and tried to bite, I eventually got him in the house, he ran under the bed and has been there ever since and will not come out..it’s been 3 hours. Any suggestions ??
Vote Up0Vote Down  Reply
Angela
Why is my 3 yr old dog hiding and not going to anyone that has touched the new puppy? Should i let it play out or try and stop it?
Vote Up0Vote Down  Reply
Sean Gurdon
this post was great, my new 8 week pup was showing alot of the signs that were talked about and now i feel more prepared for him thank you.
Vote Up-1Vote Down  Reply
Kimberly Alt (Admin)
Glad we could help Sean!
Vote Up0Vote Down  Reply
Aida Giron
I did choose the puppy who was hiding in the corner, what now?
Vote Up0Vote Down  Reply
Kimberly Alt (Admin)
Hi Aida, take a look under the heading “Allowing Hiding Behavior”. We have some suggestions on what to do there. Best of luck!
Vote Up-3Vote Down  Reply
Tammy Carr
My puppy is eating cat poop she finds outside/in litter box. Does anyone know how can I stop this?
Vote Up4Vote Down  Reply
All Content © 2020 Cover Story Media®, Inc. All Rights Reserved. Canine Journal® is a trademark of Cover Story Media®, Inc.
Contact | Privacy Policy | Terms of Use | Disclosure
You are going to send email to
Move Comment