Having a new puppy is such an exciting and memorable time, but it can also be a bit nerve-wracking, especially if you’re a first-timer. There’s so much you need to know to raise your little furry friend right and keep her healthy. One of the most important things you can do for your new family member is to get your puppy fully vaccinated.

Puppies’ immune systems aren’t fully mature, making them highly susceptible to contracting a variety of infectious diseases and suffering from serious symptoms. So, routine vaccines are a crucial part of your puppy’s health care. We’ll explain which vaccinations are required and recommended, when your puppy needs them, how much they cost, and much more.

Why Do Puppies Need Vaccinations?

Simply put, vaccines can save your puppy’s life or keep her from developing serious health complications from easily preventable diseases. The American Medical Veterinary Association (AMVA), other professional veterinary organizations, and all animal welfare groups strongly urge owners to get their pets vaccinated. And there are several reasons why it’s crucial.

Which Vaccines Does My Puppy Need?

The American Animal Hospital Association (AAHA) recommends that puppies get vaccinations for rabies, distemper, parvovirus, and hepatitis. These “core” vaccines are necessary to protect your puppy from potentially deadly infectious diseases. And most veterinarians follow AAHA guidelines.

Your vet may also recommend one or more “non-core” vaccinations depending on your geographical location and where your pup spends time. Puppies can be exposed to other contagious diseases at dog parks, group training classes, boarding kennels, grooming salons, and other public places so be sure to tell your veterinarian where you plan on taking your puppy. You’ll also want to inform your vet if your dog is exposed to wilderness or bodies of water.

The following vaccines are recommended by the AAHA. For more details about these vaccines and preventable diseases, see below.

When Do Puppies Get Their First Shots?

Puppies usually see a veterinarian for the first time at two to three weeks old. But they’re too young at this age to begin their series of vaccines. They should receive their first shots at six to eight weeks of age. If you’ve adopted or purchased an older puppy, make sure you get her medical records so your vet knows which shots she’s already been given and when the next vaccines should be administered.

Here’s an example of a puppy shot schedule for the first year of life. Keep in mind that this schedule varies by veterinarians and your puppy’s needs.

How Much Are Puppy Shots?

In the first year, expect to pay around $100 for your puppy’s vaccinations. This figure includes core vaccines but not any non-core shots your vet may recommend. Costs can vary depending on where you live and by veterinary practice, but here’s an average of what the most common vaccines cost.

After the first year, your furry friend will require multiple booster shots during her lifetime. Depending on your state’s laws, rabies boosters will be administered every one to three years. And the distemper booster is given one year after the final puppy dose and every three years thereafter. Non-core vaccinations also require booster shots.

In case you’re not familiar with some of the diseases puppy vaccinations protect against, here’s some detailed information. You may also want to check out our ultimate guide to dog vaccinations.

Rabies is a virus that infects the central nervous system, causing disease in the brain and spinal cord. It can affect dogs, cats, humans, wildlife, and other mammals. It’s usually transmitted through a bite from an infected animal. Without treatment within hours of infection, rabies is almost always fatal in dogs.

The rabies vaccine is legally required in most U.S. states. Puppies must be vaccinated initially at three months of age in most states. After this initial vaccine, booster shots are required every one to three years, depending on your state’s laws.

DAP (also called DHP) is a combination core vaccine for distemper, adenovirus (hepatitis), and parvovirus. Many vets may choose to administer the DHPP (also called DAPP or DA2PP) which also protects against parainfluenza. And if you live in an area where leptospirosis (see below) is a concern, your vet may recommend administering the 5-in-1 DHLPP vaccine, which also protects against that disease.

The DAP or DAPP vaccine can be administered as early as six weeks of age, with sequential doses of the combination vaccine at an interval of four weeks of age until at least 16 weeks of age. A booster shot is required 12 months after the last vaccination. Then, the AAHA recommends boosters every three years or longer.

Among other agents, bordetella bronchiseptica bacterium and canine parainfluenza virus cause kennel cough, a highly contagious inflammation of the upper airways resulting in a hacking cough and other respiratory symptoms. While symptoms typically aren’t serious, kennel cough can sometimes lead to pneumonia or severe respiratory problems.

Veterinarians usually recommend this non-core vaccination (either bordetella alone or combined with parainfluenza) for dogs frequently exposed to other dogs. The bordetella vaccination is typically given once every 12 months. Since kennel cough is so contagious, many facilities, such as boarding kennels, doggy daycare, training classes, etc., require this vaccine.

Leptospira is a pathogen that causes a contagious bacterial infection called leptospirosis. The disease can cause serious damage to a dog’s kidney and liver, and, in severe cases, it may be fatal. Spread through the urine of infected animals, these bacteria most commonly infect dogs who have licked or come into contact with contaminated bodies of water, including puddles.

While leptospirosis can occur anywhere, it’s more common in areas with warm climates and high rainfall. Veterinarians typically recommend the leptospira vaccine in locations where leptospirosis is more prevalent. The vaccine is given in a two-dose series, starting at eight to nine weeks of age. Then, a booster shot is required every 12 months.

Borrelia burgdorferi is a bacteria that causes Lyme disease. Spread by the bite of an infected tick, Lyme disease can cause fever, lethargy, joint lameness, kidney problems, and more in dogs. Some dogs may develop neurological problems if it’s left untreated.

This non-core vaccine is recommended if you live in or frequently travel to areas where Lyme disease is a concern. Dogs may receive the vaccine as early as eight weeks old and a second dose three to four weeks later, then every 12 months thereafter.

In the U.S., canine influenza is caused by two viral strains, H3N2 and H3N8. Like kennel cough, canine influenza is highly contagious and causes a low fever, cough, nasal discharge, and other respiratory symptoms. It can be spread between dogs and cats but there’s no evidence that it spreads to people.

The non-core canine influenza vaccines are typically recommended for dogs that have frequent exposure to other dogs in kennels, daycare, grooming facilities, etc. Two initial doses, two to four weeks apart, are required, with a booster every 12 months after the second dose. The first dose may be administered to dogs as early as six to eight weeks of age.

Here are some of the questions our readers ask most often about puppy shots.

Are There Risks For Puppy Vaccinations?

Puppy vaccinations are considered generally safe for most dogs. Some dogs may have mild side effects, including lethargy, a fever, and gastrointestinal issues that typically resolve within a day. Although extremely rare, dogs can have severe allergic reactions to vaccinations with symptoms such as facial swelling, difficulty breathing, hives, and collapse. Severe allergic reactions occur anywhere from a few minutes to several hours after vaccination and require immediate veterinary care.

When Can A Puppy Go Out After Vaccination?

Although puppies aren’t fully protected until they’ve finished their entire series of shots (around 16 weeks old), experts believe that dog behavior problems from a lack of puppy socialization are a much greater concern than the chance of contracting a disease in public. For this reason, the AVMA and the American Veterinary Society of Animal Behavior (AVSAB) say that owners can begin taking puppies on walks and to socialize with other dogs seven days after their first round of vaccinations.

Puppy vaccinations are just the beginning of a lifetime of health care expenses you’ll need to plan on for your new furball. While you can budget for routine care, it’s nearly impossible to plan for accidents or serious health conditions that can arise at any time.

The best way to plan for these situations is to purchase pet health insurance. And the younger you enroll your dog, the better your premium rates and coverage will be. If you’re interested in learning more about pet insurance, start by exploring whether pet insurance is worth it and see which pet insurance companies we consider your best options. 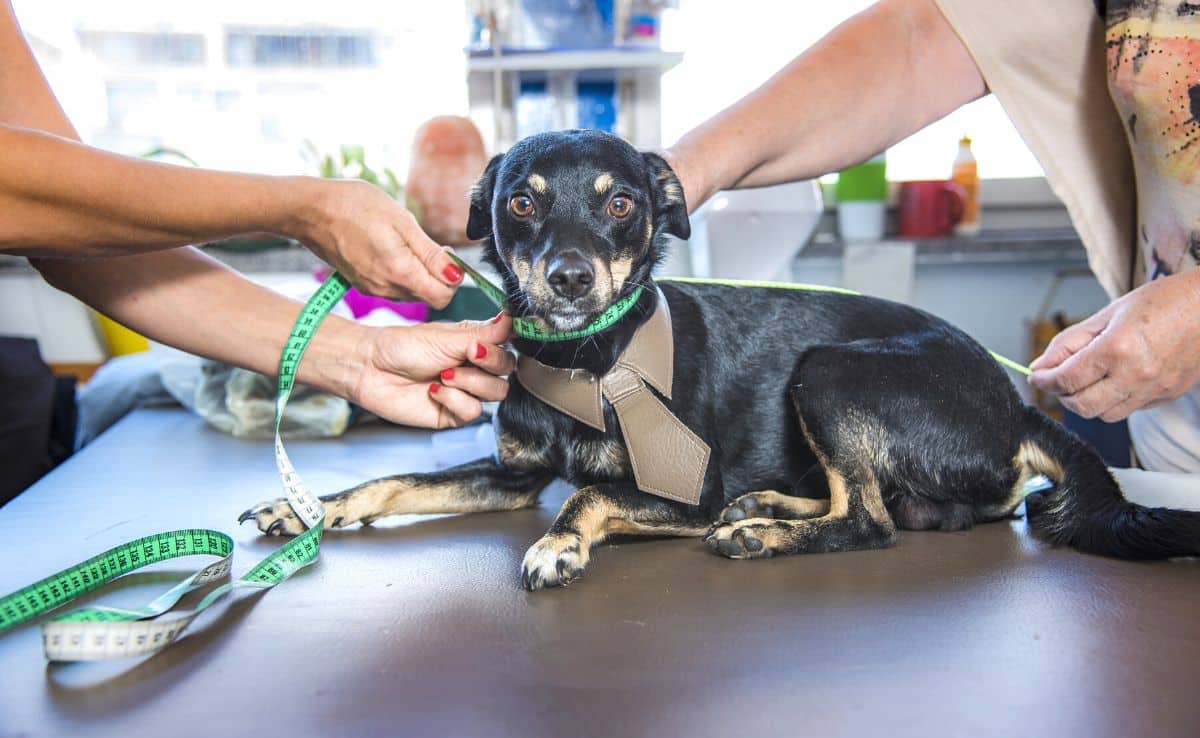 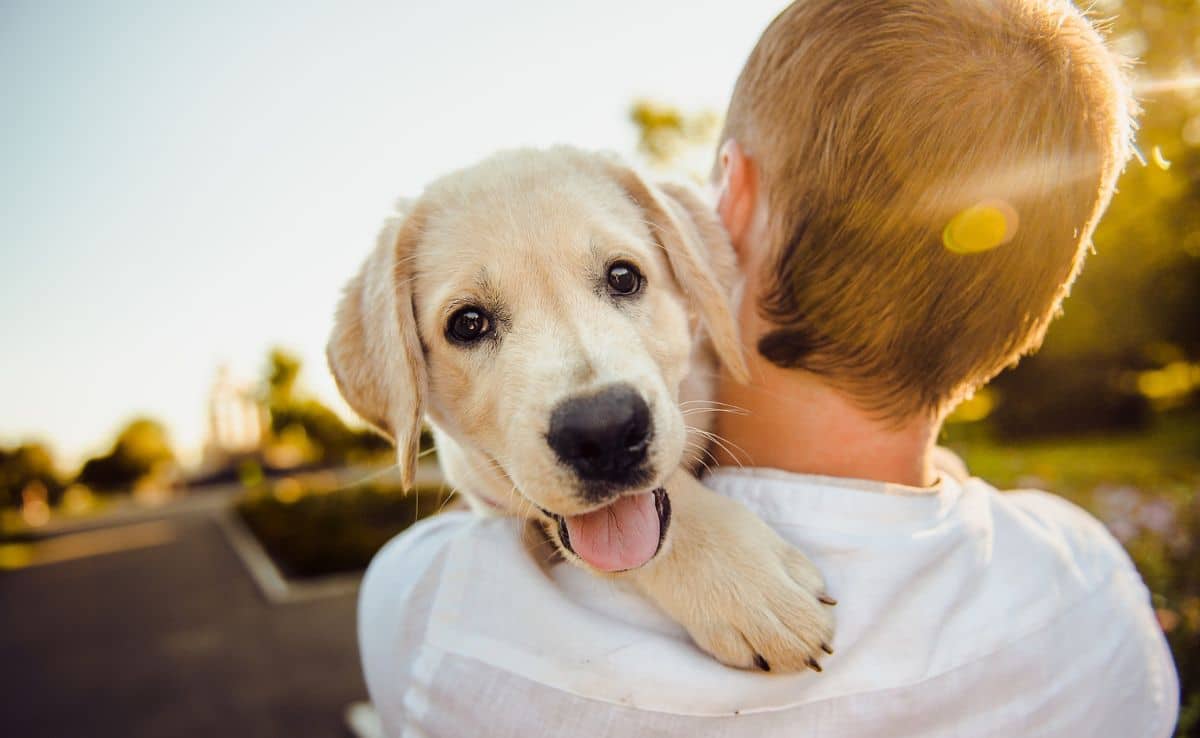