Throwing up, as unpleasant as it is, seems to happen to everyone from time to time, and our dogs are unfortunately no exception. Sometimes, the vomit can be white and gloopy; sometimes, it’s the whole dinner that just seems to come right back up, nearly intact. And sometimes, the dog vomit is a mustard-yellow color liquid. This can be significant, so read on to find out more.

Where Does The Yellow Color Come From?

Stomach juices, mixed with saliva, are normally clear and a bit slimy. But sometimes, vomit can come up with a green or yellow tinge. This usually means that the stomach is now empty, and some bile has mixed with the stomach juices. Your dog might be throwing up yellow foam or yellow slime called mucus.

Bile is a liquid produced by the liver. It’s stored in the gallbladder, which is a little pouch nestled in the folds of the liver lobes. The color of bile can range from bright yellow or orange to greenish-brown. During digestion, bile trickles into the first part of the intestine (duodenum) where it mingles with the contents of the stomach and helps the body absorb fatty nutrients. Bile is the reason stool is brown and is also how the body cleverly gets rid of waste from recycling red blood cells.

What Should I Do If My Dog Is Throwing Up Yellow Liquid?

If your dog is a young puppy or is a bit elderly and frail, or if he has any other medical issues that you’re concerned about, you should call your veterinarian. These dogs might not cope with illness as well as healthy adults and generally need attention quite rapidly if they’re vomiting and not eating.

Dogs who are on medication also deserve a special mention. They might need to have their dose adjusted, especially if it’s important medication like anti-seizure medication. Equally, for a dog on anti-inflammatories, it might be important to stop this medication right away and get help if he’s vomiting. When in doubt, call your vet to talk it over with them.

How Can I Help My Dog If He Is Vomiting Yellow Foam?

It can be tricky to give our dogs medication when they’re feeling nauseous. For the occasional episode of vomiting, recent studies suggest that in most cases, it’s best to leave well enough alone and simply keep an eye on your pup, making sure he’s otherwise well and staying hydrated. Allow him to drink small amounts of room-temperature water at a time. If he seems interested in food, offering small amounts of a bland diet, like boiled chicken and sweet potato, can assist in helping him regain his appetite.

When Should I Call The Vet?

When it comes to your dog throwing up yellow liquid, it’s quite important to pay attention to the frequency, how your pup is otherwise feeling, and think about whether he could have gotten into anything he shouldn’t have, like human food or plants.

Occasional throwing up is one thing, especially if your dog seems fine and happy to eat afterward. But if the vomiting persists, or if your dog won’t eat and has other symptoms like diarrhea, lethargy, cold extremities, a fever, or abdominal pain (or if you’re concerned in any other way), it’s best to have him looked at by your veterinarian fairly quickly.

Why Is My Dog Throwing Up Yellow Foam?

There are many reasons why a dog might be vomiting yellow foam, but it usually means the stomach is empty and what’s coming up is now stomach juices mixed with bile. This usually means one of two things: the dog is healthy and well but has an empty stomach after a night of sleep and a bit of bile reflux.

The other reason is a bit more concerning. It usually means that the dog has been sick several times, perhaps starting with food and white foam or slime, but now has nothing left in his stomach other than liquid and bile, and the vomit now looks yellow. Let’s unpack a few of these reasons further.

It’s not uncommon for some healthy adult dogs to vomit when they haven’t eaten in a long time, usually early in the morning. The cause for this is not completely clear, but some recent studies suggest that the main issue is bile reflux from the duodenum into the empty stomach, causing irritation and vomiting.

Many of these dogs seem to respond well to being fed just before bed, then again first thing in the morning. Some might still require additional medication and/or a diet change.

There can be many causes for gastritis and gastroenteritis, but the major culprits in dogs are usually:

If a dog has eaten a foreign object, like some corn on the cob, a sock, or a piece of a tennis ball, it can stay stuck in the stomach or the intestine, causing vomiting and discomfort. These dogs usually need surgery quite urgently.

The pancreas is another organ that helps dogs digest food, as well as regulate their blood sugar by producing insulin. It can become inflamed, which will often cause vomiting and abdominal pain. This can be sudden (acute) or just grumble along (chronic).

It can be challenging to figure out why a dog develops pancreatitis, though a very fatty meal can often be the reason. There can also be some predisposing factors like certain breeds’ genetics, certain medications, obesity, or hormonal imbalances. Some cases are mild, but others can be life-threatening.

Throwing up yellow bile can also be a sign of a serious illness elsewhere in the body, such as uncontrolled diabetes (called Diabetic Keto-Acidosis), severe hormonal imbalances (such as Addison’s disease), liver or kidney failure, to name only a few.

Vomiting yellow liquid can also be caused by eating substances that are toxic for dogs. While many toxins can cause nausea, some of the most serious and noteworthy ones are:

You can read more extensive lists of toxic food and plants your dog should avoid.

How Can I Clean Up Yellow Dog Vomit From My Carpet?

Unfortunately, mustard-yellow bile is often very staining and can leave unsightly marks on carpets and rugs. After removing as much of the vomited material as possible and blotting out the liquid with paper towels, dog parents report that what often works is an enzyme-based stain remover, which can actively break down the bile pigments. These are often available in pet stores and might be handy to keep in the cupboard. Many pet parents report good results with brands such as Resolve or Nature’s Miracle.

A few treatments might be necessary to get rid of the stain. In some cases, when the liquid is very yellow, and if the carpet is wool, it might be best to chat with a professional carpet cleaner.

Unfortunately, I have a lot of experience cleaning up yellow bile vomit from my dog, Sally. She tends to vomit yellow bile when she gets anxious before one of her meals (when she has an empty stomach). Our vet has recommended giving her three meals a day instead of two to help keep her stomach full.

Fortunately, I’m typically able to get Sally outside or on a hard surface before she throws up because I can hear her making noises beforehand. However, there are times that I’m too late, or I walk into a room and see a pile of yellow bile on a rug or the carpet. I use Resolve Pet Stain & Odor Remover, which seems to eliminate any discoloration or smell from the bile. (It even works on our white rug.) -Kimberly A., Canine Journal

What If My Dog Throws Up White Foam?

Does your pup occasionally throw up white foam? See our companion article about the possible causes of a dog throwing up white foam. We also have a comprehensive guide about dog vomiting you may want to read if your dog throws up frequently. Dogs can throw up yellow or white foam for many different reasons, and pet parents should take note of when the vomiting happens, how frequent it is, and how their companion is otherwise feeling.

For a bright and happy dog with no other symptoms and no known dietary indiscretion, it is usually fine to monitor at home at first. But in many other instances, it is best to check in with your veterinarian as there might be something a bit more serious going on, and it’s better to be safe than sorry. 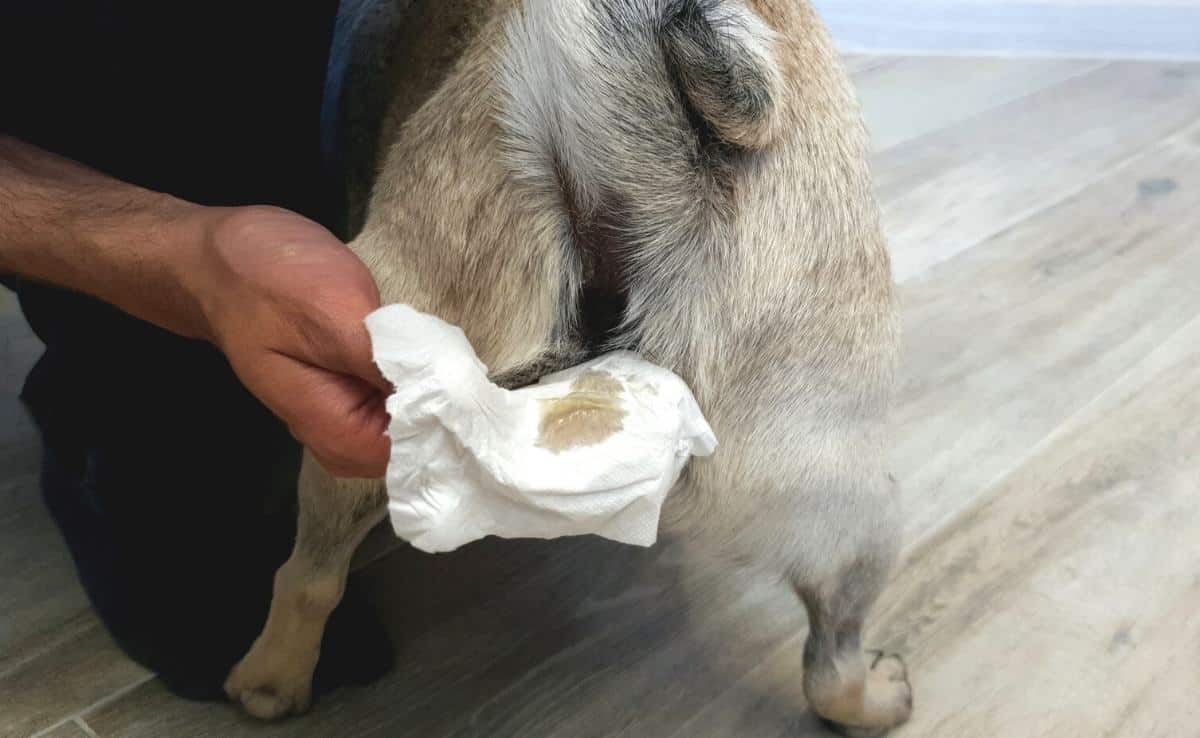 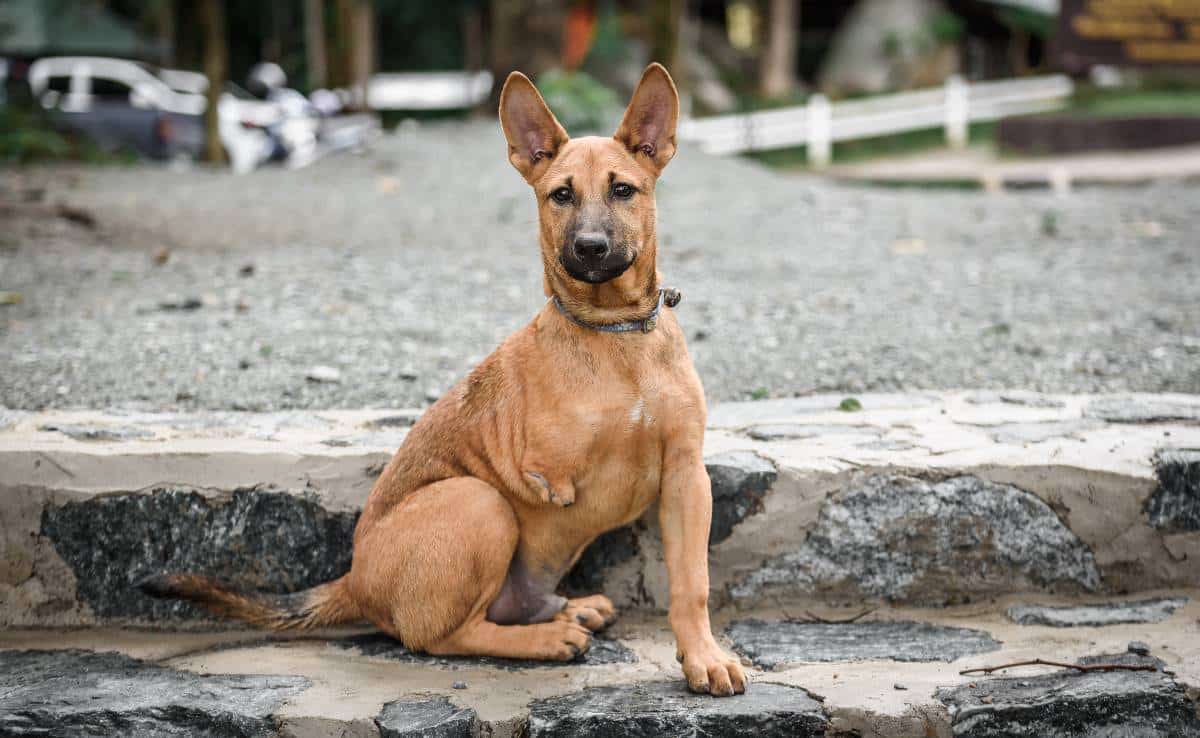 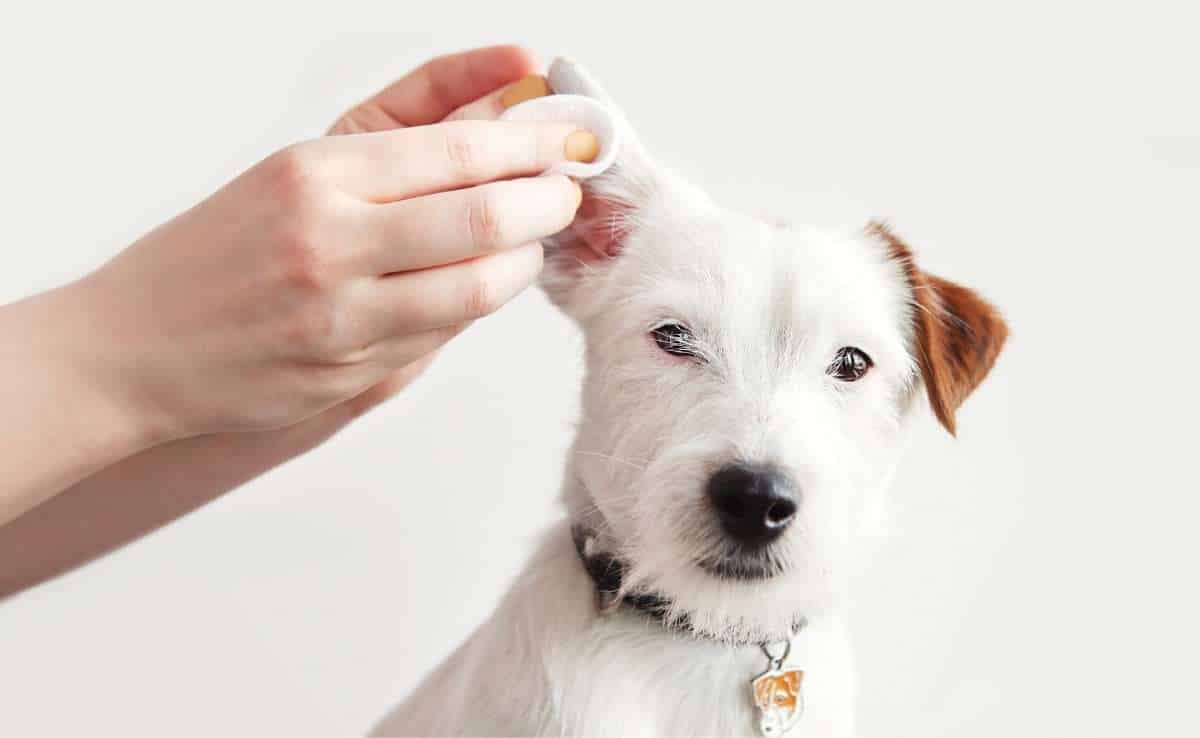